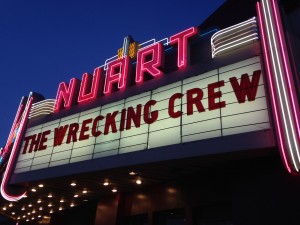 The Wrecking Crew documentary sold out a number of screenings at the Nuart Theater in Los Angeles in 2015.

My motto: enjoy what you do, treat people well and exceed expectations. I have a reputation for being resourceful, dedicated and one who can be depended upon to produce premium results in a timely and responsible fashion. I’ve also scored points for being honest, fair, and a straight shooter.

I’ve been fortunate to have a career filled with fascinating and challenging projects, many of which featured bleeding-edge technology and leading large, multi-discpline teams.

I have a BA in film and video production from Loyola Marymount University in Los Angeles, which is my home base. History, culture and Americana fuel two of my passions, baseball and music. In addition to being a family man, I am active in the sporting life and lead a local blues band. 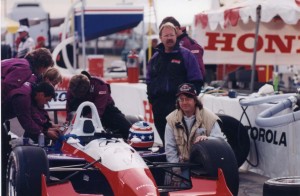 My career has two stories thus far: the first half was in traditional storytelling in commercial and industrial projects for cars, motorcycles, and soft drinks, as well as the heyday of music videos in the early 1980s. In the early 90s, I began working on themed entertainment projects for museums and theme parks. By the mid-nineties, I was working with Walt Disney Imagineering, developing an enhanced skillset to produce attractions and experiences via dimensional storytelling. I worked with WDI on a number of projects over fifteen years and was awarded a THEA as one of the producers of EPCOT’s Millennium Village. Perhaps one of my favorite projects was producing a multi-park experience at Walt Disney World for “100 Years of Magic”, a celebration of Walt’s 100th birthday. 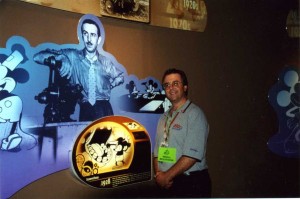 In 1996, a seed was planted. My good friend Denny Tedesco decided he was going to make a documentary about his father, Tommy Tedesco, the world’s most recorded guitarist. Tommy was dying of cancer, and Denny wanted to tell the remarkable story of the impact his father and friends had made on 20th century popular music. To industry insiders, this group was known as “The Wrecking Crew”. I worked on the film for five of the seventeen years it took to bring to market, and my role as one of the producers was content development, prepping interview subjects and operating one of the cameras for interview shoots and sharing notes on rough cuts. Flash-forward to today, and The Wrecking Crew is a smash hit, recently listed as one of the top twenty music documentaries in film history. That seed grew, and I realized I had my own stories to tell and baseball would be the vehicle. I also realized how much I missed filmmaking.

My first major undertaking would be Not Exactly Cooperstown, the story of the Baseball Reliquary, an organization with both an academic and irreverent take on the national pastime that is a hall of fame for baseball stories. The Reliquary was experiential; not easily put into words, but perfect for the medium of visual storytelling. I followed that with a personal project, The Day the World Series Stopped. In 1989, I went to my first World Series game armed with a video camera, but there was just one problem: it was interrupted by a devastating 6.9 earthquake. I remained the intervening ten days for the completion of that game, and realized I had a compelling three-act eyewitness story to share. Both films ended up in the permanent collection of the National Baseball Hall of Fame in Cooperstown as well as the UCLA Film & Television Archives. 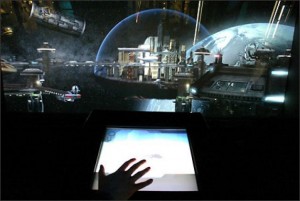 The “Spacedock” interactive at the Science Fiction Museum and Hall of Fame in Seattle.

In 2015, I completed my most recent documentary, Hano! A Century in the Bleachers, about legendary sportswriter and social activist Arnold Hano. Arnold was one of the most prolific writers of the 20th century and had a knack for being present at defining moments of American history and popular culture. He met and spoke with Babe Ruth, JFK and John Wayne, wrote one of baseball’s most iconic books, A Day in the Bleachers, and led a life based on helping those less fortunate and righting wrongs. We started the project when he was 91 and I was compelled to share his story with the world while he was still with us. Today he is 93, still a quick wit and storyteller emeritus, and the film has enjoyed considerable success across the country.

My latest project, The Sweet Spot: A Treasury of Baseball Stories, is a bold undertaking combining America’s oldest game with new media. As far as I know, my micro studio, Evzone, is the first indie to debut a dedicated baseball channel on multiple streaming outlets. We’ll also be publishing books, offering apparel, and custom baseball cards. The project currently has two seasons airing on Amazon, Roku, and Vimeo on Demand, and has been greeted with excellent reviews.