I was bitten by the baseball bug early in life, raised in San Francisco rooting for icons like Willie Mays and Juan Marichal. I collected baseball cards with gusto and played Little League, then softball, which I currently enjoy today.

Baseball predates the American Civil War and has always been a reflection of American society. It’s a game with no clock and is lined with a certain type of magic you won’t find in other sports. It’s a subject with a bottomless pit of fascinating, untold stories that go beyond the field of play and helps us understand who we are and our relationships to others.

As a baseball historian and documentarian, I’ve presented research papers at the Cooperstown Symposium on Baseball and American Culture, the NINE Spring Training conference, and lectured on my baseball films at the University of San Francisco and Union College of New York. 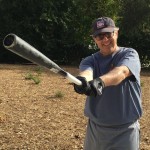 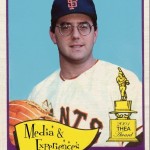 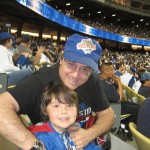 Take Me Out to the Ballgame: Jon with son Steve at Dodger Stadium. 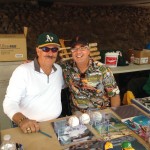 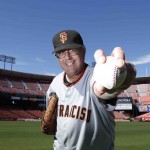 Jon enjoys a moment of downtime during a shoot at Candlestick Park in 2014. 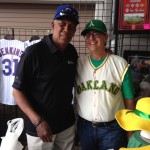 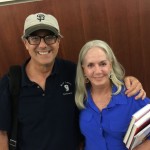 With Perry Barber, who has been umpiring for 30 years. 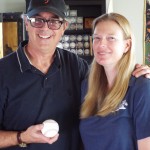 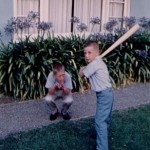