I was introduced to “dimensional storytelling” in the early 1990s, producing media projects for the William F. Harrah National Automobile Museum and Universal Studios/Hollywood’s “Backdraft Attraction”. By 1996, I began working with Walt Disney Imagineering as a creative producer, launching an adventure in themed entertainment spanning nearly twenty years.

My time at WDI was a pleasure, much of it as a freelance contractor, working on projects at nearly every Disney park worldwide. My first venture with WDI was for DisneyQuest, the world’s largest interactive theme park, located in Orlando, Florida. Interactive design and production became my specialty, as I then moved onto Innoventions for Disneyland, then Millennium Village for EPCOT. Millennium Village was a world expo-style celebration of gifts offered by various countries to the world. While it was a temporary attraction, the 70,000 square foot experience dazzled the world, resulting in our team receiving a THEA award (the theme park equivalent of an Oscar). Next was “Walt Disney: One Man’s Dream” to honor Walt’s 100th birthday as part of the “100 Years of Magic” celebration. This was indeed a dream project, telling the remarkable story of Walt’s life and legacy across all four parks at Disney World, and at Disneyland. My work producing the Monsters Inc. Laugh Floor followed, which led to working on TurtleTalk with Crush for the Disney Cruise Line. I finished up my most recent Disney work with their consumer products division for “Disney’s Playmation”.

Along the way there was a large project with Big Buddha Baba for the Science Fiction Museum and Hall of Fame in Seattle. I led a team of twenty as head of production, producing a slew of mini-documentaries and a pair of interactive experiences. We interviewed and worked with some of the giants of Sci Fi: Ray Bradbury, Ridley Scott, George Lucas, James Cameron and Harlan Ellison. I also enjoyed producing a photo shoot for Blue Note Records jazz vocalist Jackie Allen, which was for her excellent album, “Tangled”. 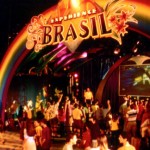 Brasil’s attraction was a huge hit with audiences at Millennium Village. 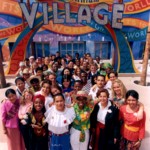 The international cast of Millennium Village. 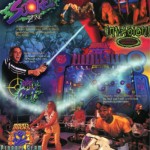 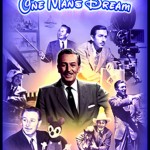 Jon spent a year as show producer on this attraction celebrating Walt Disney’s legacy on the occasion of his 100th birthday. 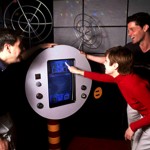 Guests enjoy creating their own songs at the Songmaker kiosk. 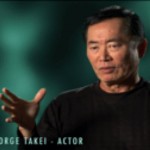